CERN relies on LEWA diaphragm pumps because the detector cooling circuit must not be contaminated with oil. Oil hardens under the influence of radiation from and then congest the cooling lines. At least for CO2 a compression cycle is not possible because no oil-free compressor for CO2 is available on the market.

LEWA pumps deliver an absolutely uniform flow which is necessary for a continuous and constant, two-phase cooling. The transition of the CO2 from the liquid in the gaseous state is used in order to dissipate heat. An important advantage of CO2 cooling: Due to the compression, the volume of the vaporized CO2 is very low, and tubes with a very small diameter of only two millimeters tubes can be used.

Another CO2 cooling system has a total power of 15 kW. For this plant, LEWA diaphragm metering pumps in remote head design with a cooling jacket are in use. The transmission of the displacement motion is performed by the liquid column contained in the connecting line. Thus, the remote head design keeps critical conditions away from the displacement system. In addition, heating of the CO2 or cooling of the oil is prevented, which would lead to the formation of gas bubbles. If the requirements change, the flow rate can be adjusted via the remote stroke adjustment. 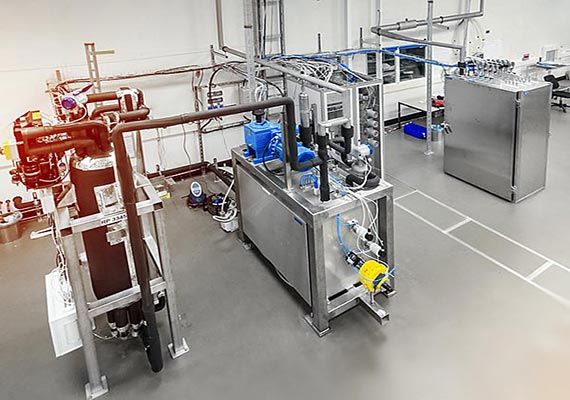 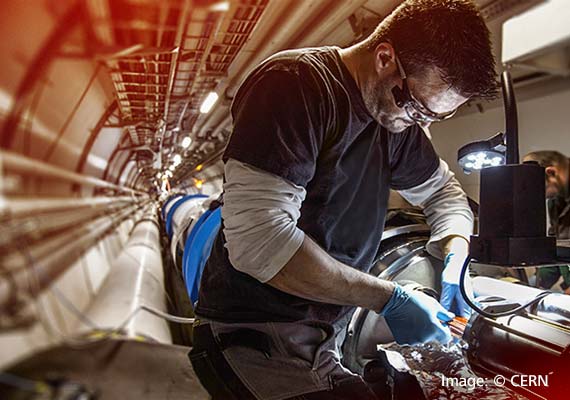 The European Organization for Nuclear Research, or CERN, founded in 1954, is dedicated to fundamental physical research. With approximately 2,500 employees from 22 member states, CERN is the world's largest particle physics research center. Currently more than 12,000 guest researchers from more than 100 countries conduct experiments in this large research center located in the Swiss canton of Geneva and in the French département of Ain.

The Large Hadron Collider came into operation in 2008 and is currently the most important accelerator at CERN. By examining the trajectory of the particles, the results of decay, and the interactions between the particles, researchers can draw conclusions about the nature of matter and the origins of the universe. Due to the enormous technical effort required to create and operate the systems, CERN is operated and financed internationally.

As specialists in fluid handling, we of course also have experience in many other industries. Simply contact our consultants to find out more!

The ecoflow® diaphragm metering pump from LEWA is a true all-around talent in the field of metering and mixing and can be used in all industries.

Use servomotor-controlled diaphragm metering pumps for precision metering and mixing of fluids in metering plants and systems.

The LEWA M series micro-metering pumps are particularly suited to the smallest of flow rates for applications in chemistry, oil and gas or gas odorization.